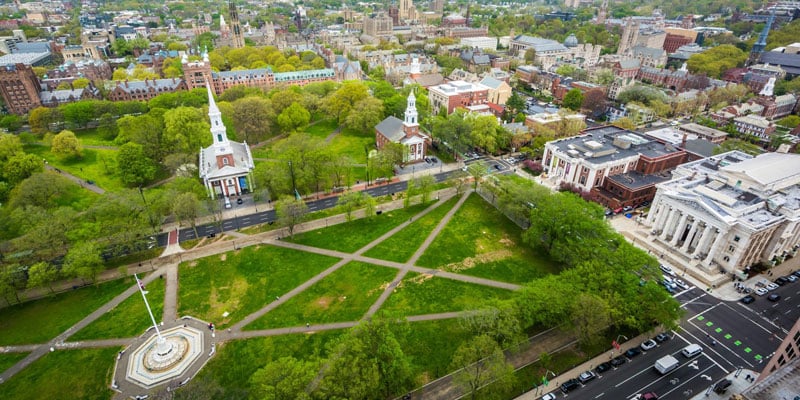 Published by Contour Mortgage on November 19 2021

The Best Neighborhoods To Live In New Haven, Connecticut

Editor’s Note: This blog was originally published in August 2020 and has been revised to reflect industry statistics, trends, and updates.

Of course, you can’t discuss New Haven without mentioning Yale University, the Ivy League institution that has attracted innovators, politicians, artists, and celebrities since its founding in 1701. The university’s New Haven location provides residents in and around the city easy access to art, theater, college sports, and a legacy of renowned academics.

New Haven boasts a walkable city center easily comparable to Boston and New York City—and this is why living in one of the nearby neighborhoods can be so strategic. You receive all the amenities of city living, with the peace and quiet of suburbia.

New Haven is also dubbed “The Elm City” because of its designation as the first American city to incorporate a public elm tree planting program.

Here are the top 10 New Haven neighborhoods, based on research by Niche.com’s  “The Best Places To Live In New Haven.” We’ve also included local food tips to get a taste of what each town offers. But regardless of where you reside, visit one of the country’s very first burger joints, Louie’s Lunch, along with the area’s most famous pizzeria, Frank Pepe Pizzeria Napoletana!

Learn more about the top 10 places to live in New Haven, and each area’s respective benefits, features, and more.

Incorporated in 1784, Woodbridge is an old-fashioned town located in New Haven County. One of the top reasons to live here is the neighborhood’s location. Besides being only about 5 miles from New Haven, Woodbridge is approximately 80 miles east of New York City, 40 miles south of Hartford, and 130 miles southwest of Boston. The town is intersected by several major highways, and also served by numerous transportation options including bus services, and Amtrak and Metro-North, which both provide passenger rail services.

Orange is one of the more historically minded towns throughout Connecticut. Incorporated in 1822, there are several locations within Orange designated on the National Register of Historic Places. Its rural roots are celebrated at the annual Orange County Fair and Orange Volunteer Fireman’s Carnival—both held near town center at High Plains Community Center fairgrounds.

What’s more, one of Orange’s town farms—Field View Farm—has been operated by the same family since 1639. Along with a rich history, Orange is also home to several academic institutions, such as the University of New Haven graduate school campus and Yale School of Nursing.

Local Food Tips: Searching for a great place to eat in and around Orange will likely lead you to the Bonfire Grill in Milford, and local Orange restaurant Hook & Reel Cajun Seafood & Bar.

Dubbed “The Bedding Plant Capital of Connecticut,” Cheshire is definitely a garden-lover’s dream. Settled in 1694 as part of Wallingford, Cheshire boasts an estimated 400 million plants in 300 different varieties grown by about 30 in-town farmers. In addition to its agricultural sector, the town has thousands of acres of open space and parks. This includes Quinnipiac Recreation Area, Mixville Recreation Area, and Lock 12 Historical Park. The former canal lock includes a gatekeeper's house, arched railroad bridge, and a blacksmith shop from the early 1800s.

Despite economic growth throughout the past 40 years, Cheshire has maintained its rural character, thanks mainly to local preservation efforts. Commuters also have access to major hubs such as New Haven and Hartford via an express bus and the Connecticut Transit New Haven line.

Tucked away on the southeastern corner of New Haven County, Madison occupies a central location on Connecticut’s Long Island Sound shoreline. Named after the fourth president of the United States, Madison was first settled in 1641. Outdoor activities are a major draw in Madison, where locals love Hammonasset Beach State Park, the state’s longest public beach, as well as Surf Club Beach for its picnic area and kayak racks. Madison's town center is the main area for businesses and the public library, as well as Madison Green Historic District, and many boutiques and eateries.

The Madison train station is served by the Shore Line East commuter railroad, with service to New Haven's Union Station to the west, facilitating connections to the MTA's Metro-North Railroad and Amtrak's Northeast Regional and Acela Express services.

First settled by Europeans in 1639, Guilford has the third-largest collection of historic homes in New England, with important buildings from the 17th, 18th, and 19th centuries. Life in Guilford often centers around the Guilford Green, where events including the Guildford Craft Fair are held throughout the year. Specialty shops dot the town and combine with the residential neighborhoods to elevate the small-town vibe of the area.

Located along the Route 95 Corridor, there is easy access to Route 91 toward Hartford, as well as the Merritt Parkway toward Fairfield County and New York. For train transportation, there’s the Shoreline East Station in Guilford.

Incorporated in 1807, Middlebury is one of the least populous towns on this list. Its  history begins  with small industries such as blacksmithing, which laid the groundwork for Middlebury’s economic base, and was followed by textile mills and small factories. Small town values abound in Middlebury, as its relatively low population gives it the sleepy feeling that can be of great importance for certain homeowners. Middlebury maintains its rural mindset, but also boasts access to major throughways for commuters who want to live in the suburbs but work in the city.

Local Food Tips: Popular places include Uncommon Grill in nearby Watertown, as well as the highly rated Señor Panchos in Middlebury.

Situated in south central Connecticut, Bethany comprises 21.6 square miles with a population of approximately 5,500. First settled in 1717, it wasn’t incorporated until May 1832 when broking off from Woodbridge as its own town. Despite its somewhat remote and sparsely populated location, Bethany is known for its strong dairy and agricultural industries.

With 6,000 acres of wide-open spaces, Bethany is situated between downtown New Haven and Waterbury via Routes 63 and 69. Its wooded areas, openness, and Veterans Memorial Park make it an ideal location for swimming, hiking, and other recreational activities.

With a population of more than 7,000, New Haven’s housing expansion has also brought additional revenues to local businesses and economies.

Its historic district comprises 185 acres of Queen Anne, Shingle, Colonial Revival, and Tudor Revival architecture, and its abundance of parks, greenery, and botanical gardens round out the area’s landscape.

Situated between Bridgeport and downtown New Haven, Milford is a coastal Connecticut city in New Haven County. It's also one of the earliest settlements in south central Connecticut, giving rise to several other towns that broke off and incorporated separately, including Woodbridge and Orange. Its seaside location makes the ocean a valuable asset to the community, which is most evident during the annual Milford Oyster Festival.

The more than 14 miles of shoreline facing the Long Island Sound gives Milford residents plenty of prime spots for quality leisure. As for transportation, I-95 and U.S. Route 1 pass through the southern part of the city, while the Milford Transit District provides in-town services to local attractions.

If you’re considering a move to New Haven, it’s best to weigh all your options, such as median home value, affordability, school districts, transportation, restaurants, and leisure activities. When working with loan officers at our ​​Connecticut branch offices in Hamden or Waterford, you’ll receive the highest levels of guidance on choosing the best financing for your dream home.

Contact Contour Mortgage Connecticut branches in Hamden or Waterford to learn how we can help with your financing requirements, qualifications, and questions. 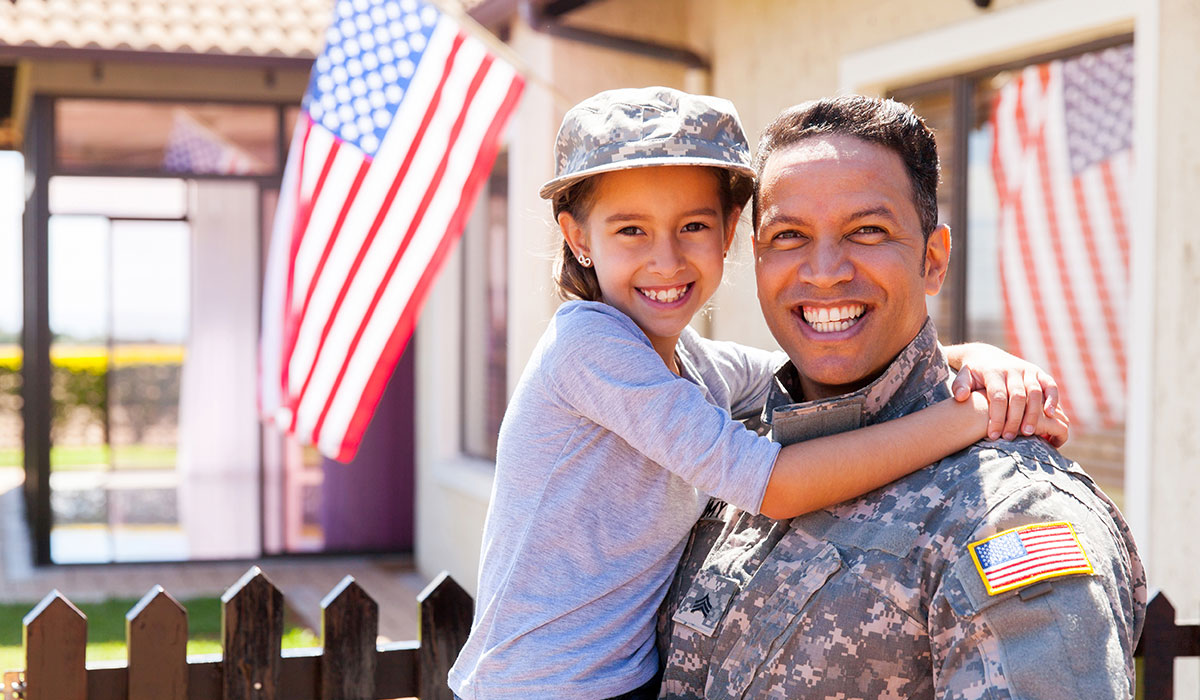 There are various financing options available to help active and retired members of our nation’s military purchase, refinance, or rehab a home. These include: VA loans; Specially Adapted Housing, Special Housing Adaptation, and Temporary Residence Adaptation grants; and the New York State Homes for Veterans Program. 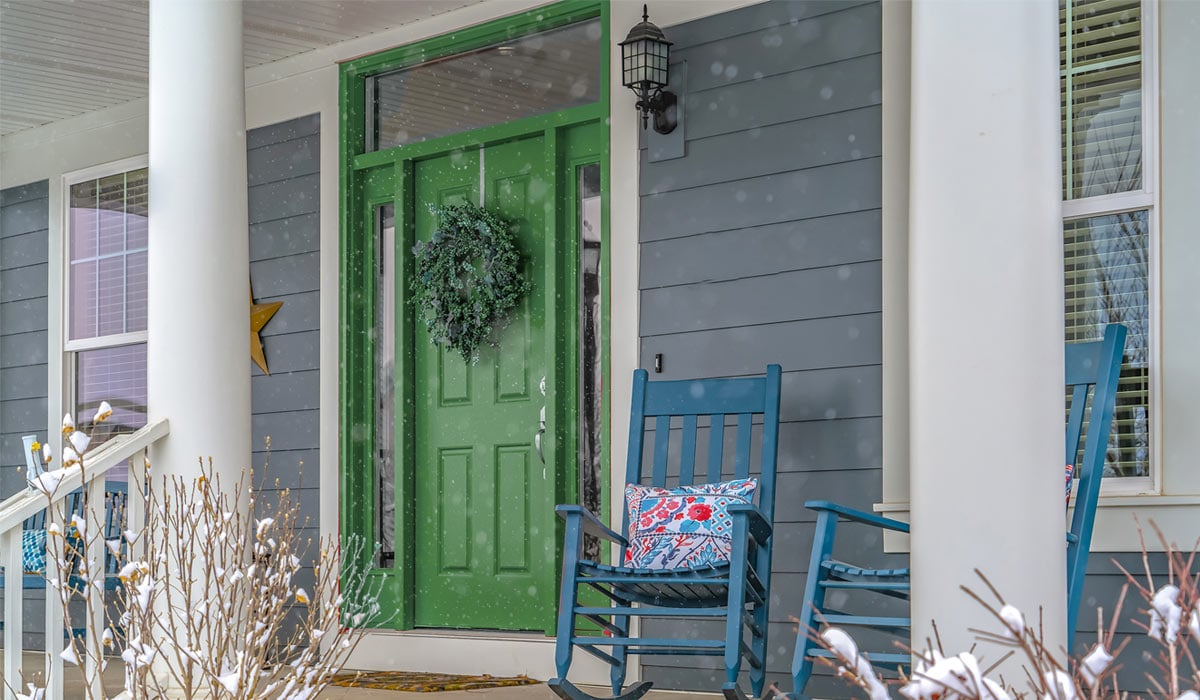 Should I Sell My Home During the Winter?

With this year’s winter real estate market again predicted to be one of the best ever, now is the perfect time to sell your home due to low interest rates, added demand, proactive buyers, increased digital marketing tools, and other trends.